Well, my loyal readers, the Olympics have come and gone once again. With the Chinese government cracking down on the free release of information and the TV networks keeping the video coverage off the internet, staying up-to-date on all the events was difficult. I however spent the last 2 weeks in Beijing covering the Israeli national team in its efforts to bring home the gold. Here’s some of what you may have missed from the teams coming out of the Middle East.

What are the odds that Israel will ever host the Olympics?
That would seriously provide enough material to fill 100 blogs daily for seven years.

50 meter pistol
Israeli sharpshooter Moran Guf-Tov was heavily favored to bring home the gold but was forced to forfeit when she showed up 45 minutes late. When asked by the media to explain her unfortunate tardiness, Guf-Tov responded, “Maaah, nu?”

Shotput
Competing for the first time, Palestine shotput throwers swept this event, recording the three highest scores. However, Ahmed Ahalan, favored to break the world record, was disqualified for throwing the shotput at the judges while using a fan as a human shield.

Basketball
In an event largely ignored by the international media, the Israeli national team shocked the world by taking the heavily favored Americans down to the wire in a back and forth game. With 4 seconds left in the game, Israeli point guard Lior Arsonovich hit a three-point basket to put the Israelis up by two. However, during the ensuing inbounds pass, a technical foul was called when two rabid Beitar Yerushalayim fans lit the American basket on fire and hit Kobe Bryant with a drum. Bryant hit the free throw, the Americans scored the last five points, and the Israelis went home empty-handed. The silver lining in the bitter defeat was that the Israeli team was able to put up such a fight while wearing Crocs. 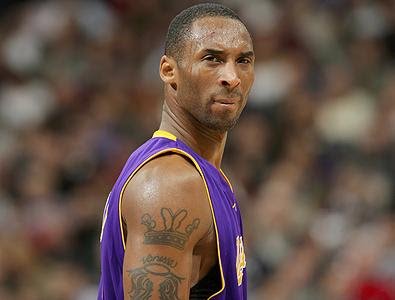 Why is Kobe so angry?
Have you met a Beitar fan?

Beach volleyball
The Israelis were not able to qualify after falling short in the Olympic trials. Locked in a tight game with the Germans, Shlomo Avraham inexplicably failed to defend the serve from the opposing team. When asked to explain, Avraham responded, “I thought I heard someone yell ‘Artik’. ”

400 meter dash
In an Olympic first, an athlete was disqualified before the event had even commenced. When told that Chinese sprinter Yao Pei had earned the inside lane, Israeli athlete Ratz L’at Meedai began screaming at the officials that he was there first and had only left to pick up an ice coffee at Cafe Aroma. 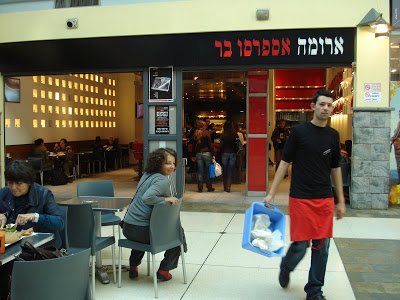 Lastly, a hearty mazal tov to Israeli windsurfer Shahar Tzuberi for earning our only medal of the Games, a bronze! Congratulations to all Israeli athletes! See you in 2012!