Odds and ends from the office…. 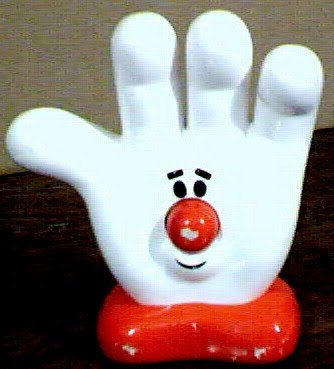 When a four-fingered hand starts talking to me,
methinks it’s time to find something else to eat.

ANYWAY….G-d, have I lost all my readers by now? I like sending my groups to Dr. Shakshuka, whose name just happens to amuse me. Does this person even exist? I totally plan to call up my kupat cholim (HMO) and demand an appointment with Dr. Shakshuka. If it leads to a best-selling Israeli Jerky Boys type album, even better.

Don’t steal my idea, people. I don’t ask much.

For the newer readers…