According to this new story on Haaretz, Snoop Dogg is coming to Israel.


The demand for foreign stars to perform in Israeli venues is rising, and this demand is being met by local entertainment producers and accompanied by high ticket prices. A wave of American artists is meant to arrive in Israel this summer and upcoming fall to perform before a music-thirsty Israeli audience. According to his official website, world renowned rapper Snoop Dogg is due to perform in Israel on September 18th. Snoop Dogg joins an impressive list of foreign stars that have either visited Israel over the past year or are scheduled to arrive in the coming months.

This ticket will be worth any amount of money if only for the humor value. This just in: Las Vegas has announced the odds of hearing “Shalom, mother ——s” at 1:1.5. And seeing Middle Easterners wearing Kobe jerseys with their baseball caps turned sideways ain’t bad either. (By the way, I recently dated myself by accidentally calling him Snoop Doggy Dogg. Yes, kids, that was once his name. And if you weren’t paying attention, Death Row’s in the mother f—— בית.)

I’m not getting my hopes up yet. It was just a year ago when we were teased with news stories of the Rolling Stones and Britney Spears only to see it fall through (if it were even confirmed in the first place….and I can’t believe I’m using Britney Spears as an example of an act who was unfortunately cancelled. I just lost some mother f—— street cred.) These stories seem to appear every month or so.

If he comes, I just hope we hear him quote this line.

Last thing: I swear to G-d, I was at Bazili.kom or however you say it, the pizza place across from Kikar Rabin last night, and the guys behind the counter were so proud of themselves for using creative license to change the words to “Roll-eeng down deh street, smoking endo, seeping ohn geen and juice, laid beck (here it comes), weet my mind on my weed and my weed on my mind.”

Eat your heart, out Dr. Dre. (Is he a Maccabi doctor?) 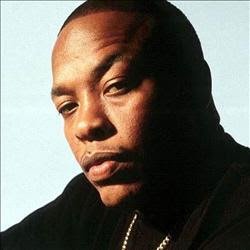 Why does this man look angry?
Do you know what doctors get paid in Israel?