And now….from the creators of “Great Duos in History“: 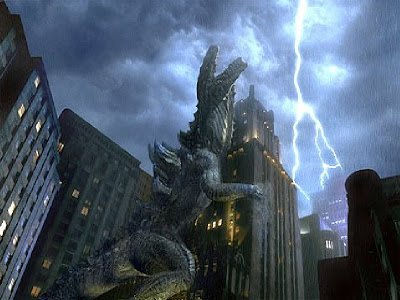 This Japanese monster has appeared in a whopping 28 films including the 1998 movie with Matthew Broderick. (Broderick will forever be known to everyone from my generation as “Ferris Bueller.” However, just a few years ago, I asked a high school girl if she knew this actor to which she replied “Oh, you mean ‘Inspector Gadget’? ” Approximately 2.7 seconds later, I threw myself in front of a bus.) 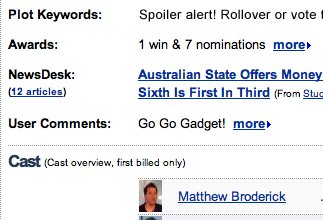 I’m gonna go out on a limb and speculate that no one on this planet is worried about “Inspector Gadget” spoilers. But thanks for the warning.

2) King Kong
This giant ape travels from Skull Island to New York City where he climbs the Empire State Building seen below. Little known fact: It is said that King Kong descended from the same familial line as King David and King Solomon. (Ok, so I said it. That makes it said, dammit!) 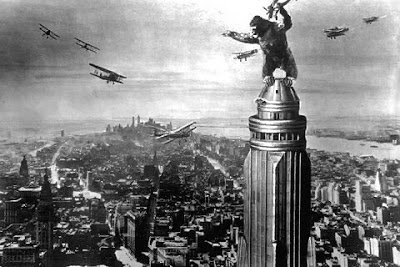 Unless he knows a short cut, it couldn’t have taken him less than two hours to walk through Midtown Manhattan during rush hour.
3) The thing from “Cloverfield”
Ok, what the hell are you New Yorkers doing to incur the wrath of every major movie monster? Stop it already! 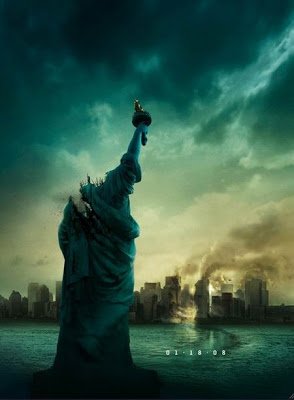 4) The Duck on the Tel Aviv iriya
Dedicated to the late cartoonist Dudu Geva as a display of artistic irreverance, this big-ass duck currently sits atop the Tel Aviv municipality building, wreaking havoc on Israelis in the country’s largest metropolitan area. Israel is a dangerous place, readers around the world! Haven’t you been watching your CNN? 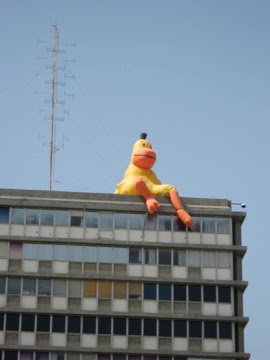 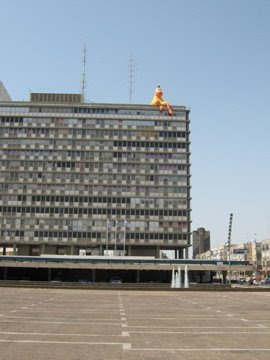 The reason Kikar Rabin is empty is because everyone ran away screaming.

Ok, Tel Avivim, someone should really spruce up the duck. Add a hat, a fake beard, a duck girlfriend, something! Late night reconassiance, anyone? I’ll bring the giant leg warmers if you bring the climbing gear.