Indiana Jones and the Temple of Beth Israel

Posted at 1:54am on Apr 4, 2008 in Culture, I Love Hebrew, Israeli Movie Titles, Israelis Make Me Laugh by Benji 0 Comments
So everybody knows that American movies are translated into funny or just weird names in Hebrew (and to be fair, other languages as well, although I’ll leave it up to Chien-Ming to make fun of his people on his Chinese immigration blog.) I referenced this phenomenon in this recent post and nowhere is it explained better than in this article which gives tons of examples.“The Naked Gun” becomes “The Gun Died Laughing”
“George of the Jungle”… “The Jungle Died Laughing”
“BASEketball”…any guesses? You guessed it…“Falafel Man, Put Away Your Chest Hair”
Just making sure you’re paying attention. But who is doing all this laughing? 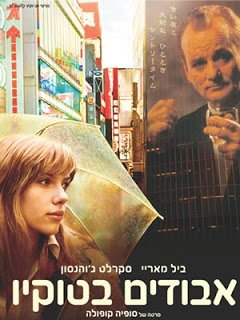 “Hey, Dudu, this is lost in translation.
NO, I MEAN YOUR TRANSLATION IS LOST IN TRANSLATION!”

Look, how are you supposed to translate slang like “Knocked Up” into another language? Translators don’t have it easy and that’s where I come along. Starting now, I will be translating movie titles on this blog on a volunteer basis so they can be more easily understood by an Israeli audience. If you have any of your own, email them to me and I’ll post my favorites under the new category “Israeli Movie Titles”. Here are a few to get the party started, including the one from the aforementioned post.

Email me your movie titles and see you at the theater!