Eat Your Heart Out, Johnny Carson

Posted at 6:10am on Apr 4, 2008 in Culture, I Love Hebrew, I Love This Place, Miscellaneous, Now I'm Just Being Silly by Benji 0 Comments

Three posts in one day??? What in the name of Dizengoff Center is going on here? I’ll tell you what’s going on.

For those of you who are new to the War Zone, last year, my main man David Brinn formerly of Israel21c was gracious enough to invite me to the Maxim magazine photo shoot here in Tel Aviv. It was then that I met Israeli model Nivit Bash, causing the Israeli Department of Transportation to dispatch three city workers to clean up the puddle of drool outside the Hashalom train station. I wrote a piece for this here blog, an article for 21c, and another update here and there. 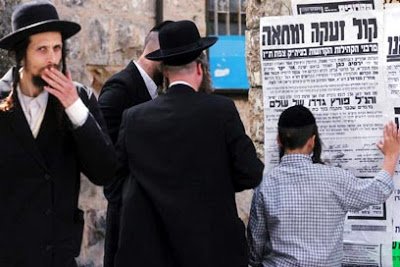 Just because…
So guess whose stuff comes up first, second, third, fifth, and sixth in a Google search? Every month, I get a good number of Google searchers who type in “Nivit Bash” and find their way to my blog. This may have something to do with the first post being my most read, at least since I installed Google Analytics in December.Since plenty of people seem to be interested in Nivit (it must be for her political views), I thought it might be worthwhile to interview her. People get to learn more about her, she gets publicity, and I get more page views (especially if she becomes the next Talentless Biotch Formerly Known as Bar.) Nu, zeh ween-ween! The model currently entered in my phone as “Nivit the Jewish Goddess” has agreed to meet with me Friday at noon for coffee (entered as such in order to distinguish her from Nivit the Supreme Court Justice and Nivit the Backup Point Guard.)

As far as I can recall, this will be my first real one-on-one personal interview, Larry King-style. What in the world should I ask this woman? Anything you guys are curious to know about? Clearly I have to broach the topics of arsim, line-cutting, and chumus, right? Who has ideas for questions, topics, and general interview decorum? If this goes well, hopefully it will lead to more interviews with other interesting Israelis. (And just to pre-empt the question, yes, she has a boyfriend. She made sure to mention it approximately 1.28 seconds after our conversation began.)