Weekend at Bernie’s (if Bernie were a Nazi)

Earlier this week, I spent 3 days in Berlin, meeting my parents who were on vacation from the States. After the requisite “how was it?” question usually came the follow-up “Why’d you go there?” One, because that’s where my folks decided to go along with a week in Prague and, two, because I thought “hey, why not confront my people’s collective trauma head-on?”

I’ve now visited the European cities of Paris, Prague, and Berlin in the last three years and drew the following conclusion:

Pay attention to this because I’m going to get sarcastic again later
Look (a word that people say when they’re about to present a position that may need defending), Berlin’s a great city. As new as any place I’ve seen, a result of having to be rebuilt after a military ass-kicking 60 years ago (that is an actual combat term) plus the Wall coming down less than 20 years ago. Beautiful architecture and incredibly clean. The people were friendly. And the bathrooms…ohhhhhhhhh, the bathrooms! (Hey, Israel! THOSE are toilets worth paying 2 shekels for! Here’s an idea…GET TOILET SEATS! I would have eaten a currywurst off the floor of the average German W.C., which is probably disturbing on multiple levels.)

As for…”that other thing”: again, it’s a great city. I felt conflicted and somewhat guilty for, aleph, enjoying it as much as I did, and bet, not being overwhelmed emotionally by Holocaust reminders. This wasn’t a visit to a concentration camp and these people didn’t do anything (although their grandparents probably did, (insert uncomfortable laugh)). And by the way, it took me approximately 1.03 seconds for my rarely-working filter to put the kibosh on this post’s “Hit-ler?…I hardly…” title. Was that too long?

And now, some pics from my trip: 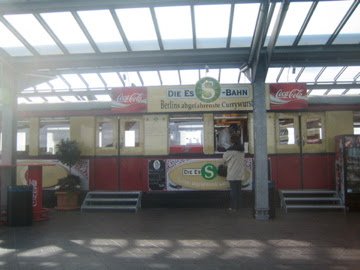 A train car turned into food stand.
For the love of G-d, can we please get a Jew on their management team? 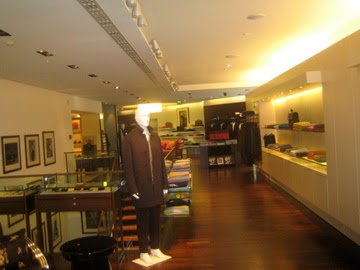 This is a fancy department store in Berlin’s shopping district. If you look around the room, you’ll see a variety of nice things I can’t afford. (In the foreground, an Aryan stands guard.) 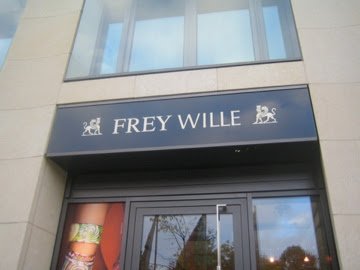 I always loved this movie. 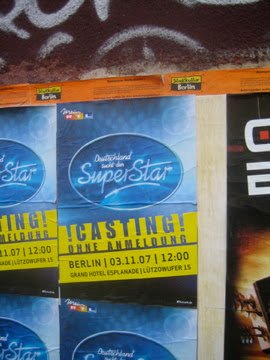 How do you say “Seacrest is a tool” in Deutsch? 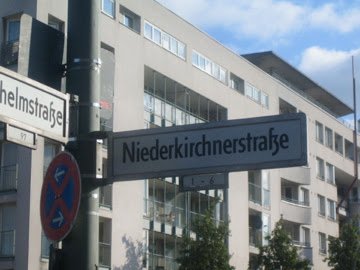 How’d you like to have to pencil in all those bubbles on your 8th grade test forms? And why are all German wordsßo lÜng? 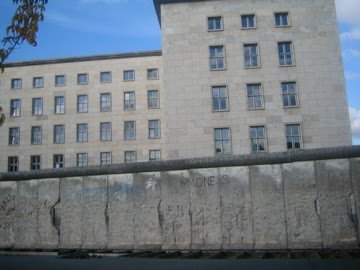 Remants of the Berlin Wall.
I’m turning this one over to you, my loyal readers. Best caption wins a prize. 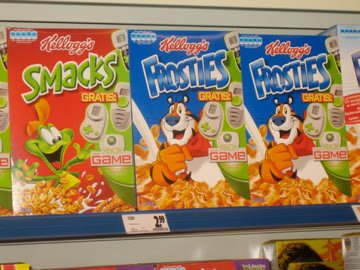 In conclusion, it was a good trip. In Berlin itself, there aren’t as many historical reminders as you might expect and those that were there in no way detracted from the enjoyment of the city. Go visit. And bring a few euros for the bathrooms.

To get updates delivered to your inbox, sign up on the right. Do it now.