Games are fun, my loyal readers. Rare is the occasion in adult life that we get to play them but when we do, it’s always a fun time. As childhood turned into college, Chutes and Ladders and Monopoly gave way to good fun like Scattergories and Pictionary. My friend Sarit used to have people over for Shabbat dinner at the University of Texas and the evening often ended with us our trying to outbluff each other, courtesy of Balderdash. 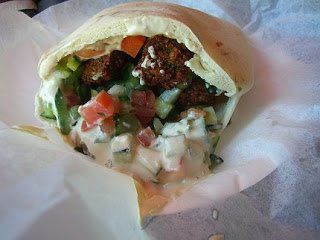 “You seriously don’t know what ‘usufruct’ means? Everybody knows it’s the liquid that accumulates at the bottom of the wax paper after you eat a falafel.”

So when I recently found myself at a dinner where the host whipped out Taboo, I was more than happy to play.

For those of you who don’t know, Taboo is a game where you have to get your teammates to guess a word which you describe without being able to use other related words. For example, I’d have to get you to guess the words “Bar Refaeli” without using “Leo”, “model”, or “spoiled brat with no brain.” Good times for all. 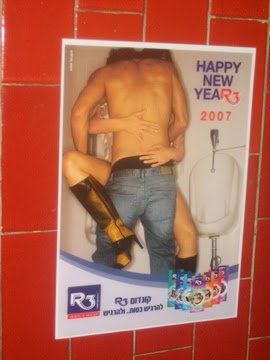 Can you describe this Israeli ad without using the words “tacky”, “risque”, and
“Jesus, who authorized this???”

Now, you may not have realized that Taboo in Israel is slightly different from the game which you might have played in the Diaspora. For example, in our game, someone drew the word “Europe.” What words would you think might be taboo? Gee…I don’t know… culture? Queen? Empire? Uh uh…how about “Shoah?” Somebody’s holding a grudge!

Really??? THAT’S one of the critical words without which we shouldn’t be able to describe a major continent???

“Ok, this is a continent in the northern hemisphere.”
“North America?”
“No! It has many countries which speak various languages.”
“Asia?”
“NO! Arrgh…it includes England! France! Spain! Poland!”
“I have no idea.”
(BUUUUUUUUUUZZZZ!!!!!!)

“Dammit! If only I could have said Shoah! ”
(pause)

I also find that this game impairs your ability to speak normally for 10 minutes immediately after completion. After I play, I’m stuck saying things like, “I’m really tired now…I need to go to…?” Sleep? YES!

On an unrelated but still funny note, you should play this game with Israelis if you want to set a world record for the most “Ehhhs” in a sixty-second period. I’m fairly certain someone in our game managed at least 28 billion. Hilarous.

Ok, this is what you’re going to do to tell me what you think of this post…