More from the JTA…

Avi Balashnikov, chief of staff at the Knesset, ordered the emergency road work this summer upon receiving word that the former prime minister had passed away in the hospital where he was being treated for a 2006 stroke, Yediot Acharonot reported Thursday.

According to the newspaper, Balashnikov wanted arrangements in place for the customary cortege that would bring Sharon to lie in state in the Knesset. Even though the death rumors were soon dispelled, the paving project continued and was completed within hours.

Balashnikov’s office had no immediate comment on the report.

Hey, Knesset: we have a broken window. If I pretend to be dead for two hours, will you send someone to fix it? 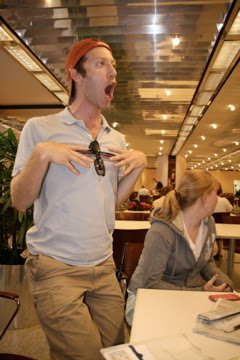 Thanks for the story, Neil.