Good morning, my loyal readers…how have you been? I’m great. It’s been a slow month of posting and I’m about to head to summer camp for a couple of months. Much, much more to say about that in the coming days but for now, just a couple of quick pics and comments to remove some guilt from my non-posting self. 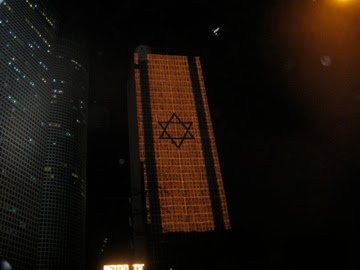 Just a beautiful picture from last month before Yom Ha’atzmaut. This is one of the Azrieli skyscrapers in Tel Aviv covered in…are they still called Christmas lights in this country??? The picture doesn’t do it justice. For the Israelis in the Diaspora, this is the soon-to-be-completed third tower which they resumed work on this past year…read all about it in the link. 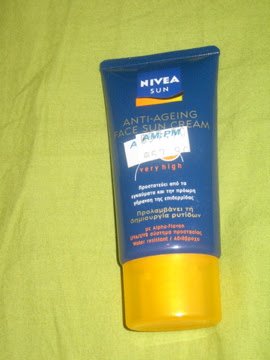 Sadly, there’s no frame of reference to see how small this is. This is a palm-sized bottle of sunscreen I bought at AM/PM a couple of weeks ago on Shabbat. If you can’t read it, it costs 57 shekels. AM/PM is a store open 24 hours a day, 7 days a week which you should only shop in under one of the following two conditions:
1) Everything else is closed, or
2) You are being held at gunpoint.

ARE THE OWNERS OF THIS STORE AWARE OF WHAT THINGS COST IN OTHER PLACES??? WHAT KIND OF ECONOMIC RULES ARE DICTATING THEIR PRICING STRUCTURE???

It was either spend the money or get fried that afternoon. This is the perfect example of a popular game that we American olim play. “Ohhhhh, it’s no big deal. That’s only 14 dollars!”, ignoring that we don’t get paid in dollars nor do we live in America. Another popular line is “ohhhhh, I’ll just use my American credit card/bank account to pay for ______”, noting that were we in America, it wouldn’t be such a big deal to swallow said expense. I like this game. 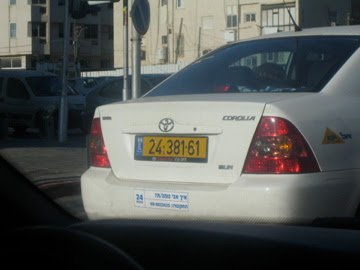 Does he really want to hear the answer? The truth hurts, buddy. 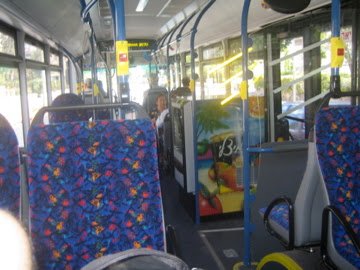 A juice vending machine on a bus. Just had to share it.
That’s all for now. More to come!