”Raindrops on Roses and Whiskers on…..ehhhhh……”

Posted at 4:55pm on Jan 1, 2007 in I Love Hebrew, I Love This Place, Israelis Make Me Laugh, Now I'm Just Being Silly, This Aliyah Moment is Brought to You by the Letter Aleph by Benji 0 Comments

I recently talked to my friend Noga who’s been following my adventures. I was interested but not surprised by her impressions of my writing. She was a tad irked (ech omrim “irk”?), not as much by what was on this site as much as what was NOT. “If I didn’t know you, I would wonder if you were enjoying yourself in Israel. You make fun of things a lot but you don’t always talk about what’s great.” The thought had in fact crossed my mind before; street cons, the toilet paper lady, and cold showers. Maybe she has a point. Those who know me are well-aware that I’m not cynical about life here (apparently unlike every Israeli, according to their opinions of themselves). It’s just more fun to make fun of the ridiculous stuff in life.

“But why did you make fun of the toilet paper lady?” asked Noga. “It’s not just in Israel-they do that in Europe!”
“Yeah, but I’m not IN Europe.”Nevertheless, the following is dedicated to Noga to let her know that I do think there’s plenty of great stuff in this country. With apologies to Julie Andrews and the typical Yom Ha’atzmaut-ish “Top ___ Things about Israel”, these are a few of my favorite things… 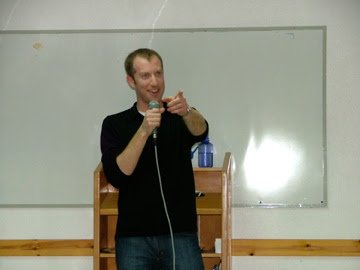 “Kippur? I hardly know her!” (Settle down, that’s not a real line.)

This is just a short list. So, my loyal readers, I ask you: what do you love about this place?