My parents just booked tickets to visit in December. WHOO-HOOO!!! This will be their first visit in over 20 years. I’m excited.

So I’m still really busy with work as I will continue to be for the next month or so. My weekend was/has been spent in Jerusalem doing staff training for the upcoming year. Most of the other first-time employees of Year Course are the counselors who range in age from about 20 to 24 so I’m the granddaddy of the bunch, despite my more senior position. I’m working pretty much seven days a week these days although it will pass soon. I find out which counselors I’ll be working with today so it should be exciting to begin planning the upcoming year with them as we prepare for the arrival of the kids in 2 weeks.

Last night, a bunch of the staff went to an international arts festival in Breechat HaSultan (Sultan’s Pool), a big open park-type area below the Old City of Jerusalem. After being stuck indoors most of the week in meetings, it was nice to get out and be surrounded by people. Ok, time to upload some pictures for the first time in days… 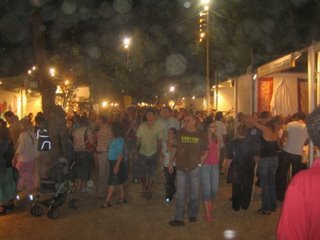 People wandering around looking at the various booths of art. 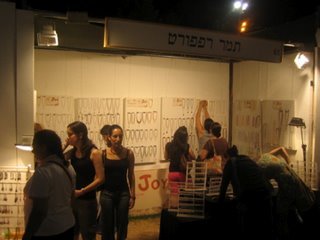 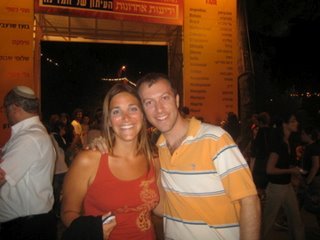 I ran into a co-worker of mine from Young Judaea in the States, Meara. The world is a small place when you’re Jewish. 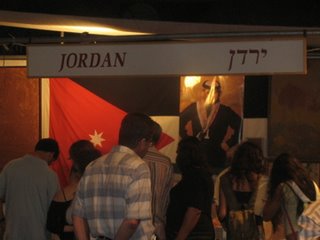 Do you think they have fairs in Jordan with booths about Israel? 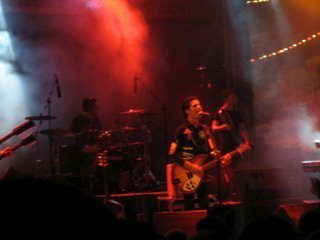 And finally, the reason we attended: the performance of Aviv Gefen, an Israeli rock star. Though I didn’t know any of the songs, I did know his name. Aviv Gefen has been famous in Israel for over 10 years, not only for his music but for his famous father (musical star and songwriter, Yonatan Gefen) and his left-wing political views and refusal to serve in the army, which is mandatory. It’s always interesting to go to concerts of rock stars even if you don’t know what the heck they’re singing. Apparently, the rest of the audience did because they joined along with him singing every word. There were too many teenage boys in the crowd for it to have resembled a Backstreet Boys concert but it was close. The Killers, maybe?